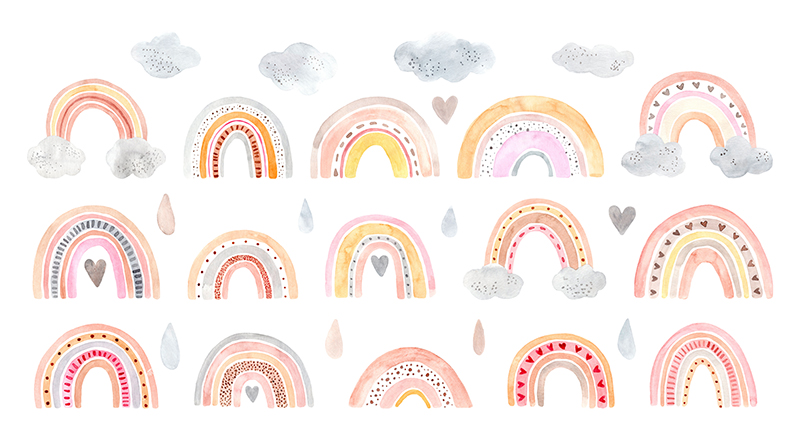 A new document is finally available on the management of pregnancies following perinatal bereavement, the so-called “rainbow pregnancies”.

We believe that support for parents affected by perinatal bereavement should begin at the time of the poor diagnosis and should extend to the exogestation of the child born after. The basic support, barring complications, according to our experiences with over a thousand families, should last at least two years.

A recent study supported this hypothesis of prolonged support, asking health companies to guarantee ongoing support that covers at least the postnatal child born after.

The stakes in terms of mental and psychosocial health and well-being are very high: we know that without support, almost half of women develop anxious or depressive symptoms during pregnancy that persist even after the birth of the child. We believe this is partly influenced by the lack of support after bereavement and during subsequent pregnancy and we know that psychological support, single or group, is extremely effective in reducing mood disorders in pregnancy and in the postnatal period.

In the scientific literature, in seminars and training courses, both national and international, the need to have adequate tools to support parents throughout their path is clearly emerging, but still too many parents struggling with subsequent pregnancies feel that the impact of previous losses by carers, or are strongly encouraged to “move on” and forget the past. Too bad you can’t forget. It is a pity that traumatic mourning left to itself has a “half-life” that can contaminate the pregnancy and often the early childhood of the children born later. Support from bereaved parents is needed to reduce the impact of bereavement and improve the health and well-being of the whole family.

The experience of parents of all nationalities and cultures underlines the importance of finding a good care team in the hospital and in the area able to give space to parents, their experiences and their emotions, to be able to work day after day on the construction of the bond with the new baby and onempowerment of the couple struggling with a new experience.

Here you can download our small guide on considerations regarding the rainbow pregnancy, its planning and the experiences of the parents that we have followed over these fifteen years.

Shut up: how our society feeds the taboo on perinatal bereavement

Psychological intervention during hospitalization in the case of...

My friend lost a baby

Losing a baby during the Coronavirus outbreak. What still can...