What is perinatal bereavement 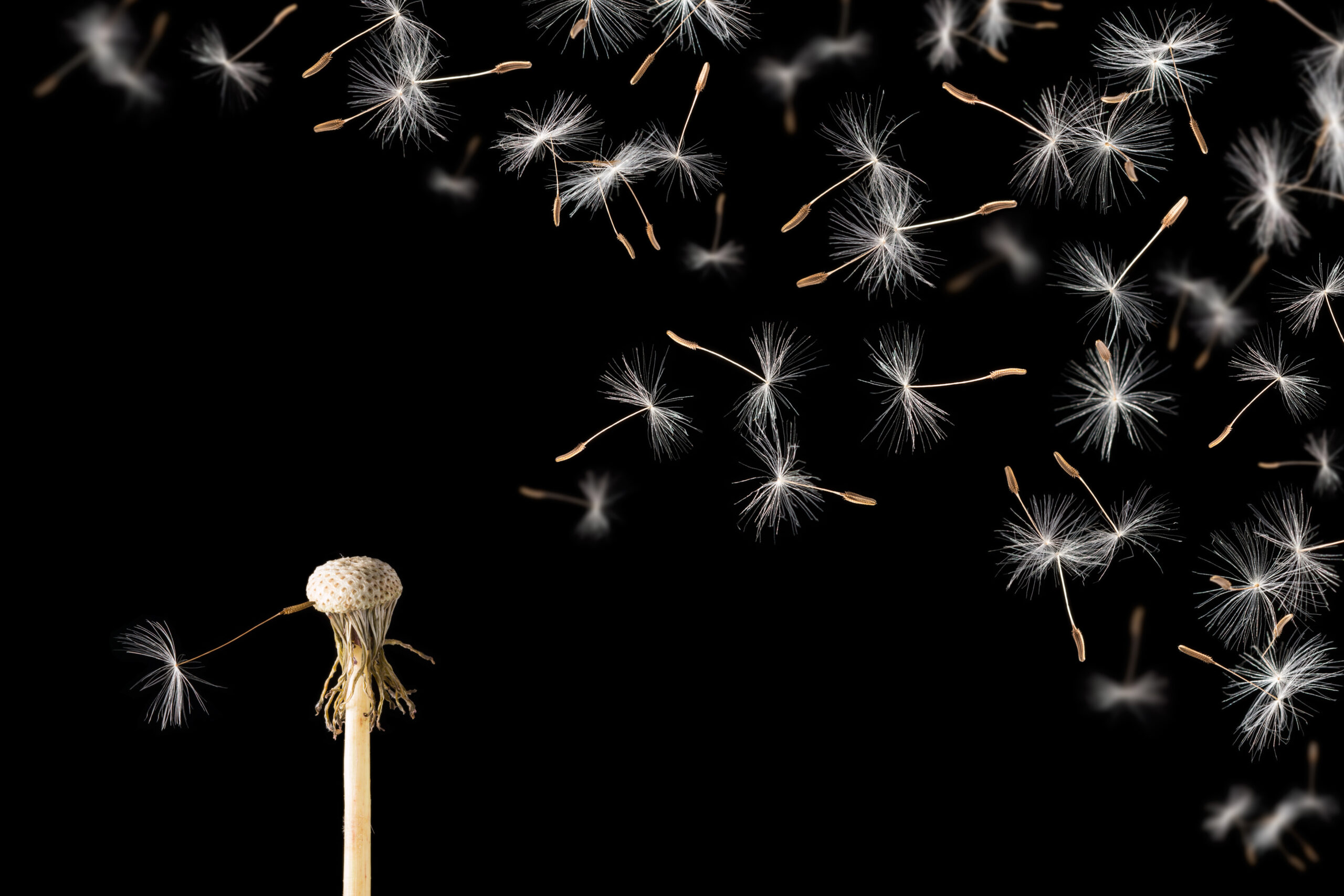 What is perinatal bereavement (and how to take care of it)

It is very important to be clear about what we are talking about when we talk about a personal experience as overwhelming and transformative as that of perinatal bereavement.

In this article I will address point by point the most important things to know when we are faced with perinatal bereavement, from definition to possible support.

Mourning is a word that derives from the Latin lugere, and literally means “crying for the loss of a loved one”.

But “Mourning” in psychology is much more: the term mourning describes a very large and heterogeneous set of REACTIONS following a significant loss .

The mourning it is a complex set of reactions that a person experiences both in the body than in mind (in acute bereavement billions of neurons are involved, numerous brain areas and the whole system that regulates the response to stress!) after a loss that the person himself considers and perceives significant and serious . Mourning is a totally SUBJECTIVE experience: both because everyone attributes his personal importance to the loss and because the psychic and physical reactions, even in the face of the same loss, can be very different from person to person.

Reactions to the loss can be more or less intense emotions (fear, anger, sadness, shame, emptiness, dizziness, disbelief, etc.), body sensations (chills, tingling, heaviness in the legs / arms, feeling of weight on the chest), recurring thoughts (on the past, on what happened, on the anguish of the future), behaviors that we choose to implement or avoid (for example, avoiding going out, going to the cemetery frequently, surfing the internet for hours looking for stories similar to the our).

Finally, loss can be of two different types: a physical loss (a loved one, your pet, your home) or symbolic (a project, a function, a promotion that is not granted to us). Therefore, it makes no sense to say that grief occurs when an already born child dies. The pain scale has meant that for years and years perinatal mourning was placed in the basement, in the dark, in the company of non-mourners: it is called “disenfranchised grief”, denied mourning and its consequences for the health of mourners are devastating. WHO LESS A MOURNING IS IGNORANT AND CANNOT BE OF ANY HELP.

In psychology the word perinatal (literally around birth ) describes a period of time from conception to the first year after childbirth. In fact, research on perinatal mental health has shown that this period of time is particularly tiring and involves such a vulnerability as to require greater care and attention, especially for the mental well-being of the woman / couple / unborn child or newborn. Therefore, losses that occur in perinatal time can be termed “perinatal bereavement”.

In a not so distant time and often still today, we tend to call “perinatal bereavement” only that relating to losses around childbirth (they copied the old medical definition of perinatal death, confusing death with bereavement). We know from numerous clinical studies and researches that mourning has no weight and no measures, because it is subjective .

Therefore, everything that, on a symbolic or physical level, is configured as a loss from conception to the first year after childbirth is a perinatal bereavement. This very full-bodied list also includes experiences related to the world of infertility and medically assisted procreation, extrauterine pregnancies, biochemical pregnancies and embryo reduction.

Therefore: no one outside of those who live the experience of loss can say whether that experience for that person is a bereavement or not. There is no mourning encyclopedia, and do you know why? Because there are virtually as many as there are significant experiences for each person.

Perinatal bereavement is the set of emotions, sensations, thoughts and behaviors that follow the experience of the loss of the expected child, from conception to the first year after delivery.

Numerous studies tell us that the physiological duration of all these loss reactions varies from six months to two years about: this means that although the best and worst moments may alternate, in the process of grief processing some of our reactions to the loss (example: the fear of not having other children, or the yearning lack of the lost child, the annoyance in seeing others babies or pregnant women, etc.) are loud, they take up all the space and require great efforts to maintain an acceptable mood or, for example, to be able to work with a certain continuity in the same day.

According to the DSM V tr, the American manual of mental health, if after a year of loss the reactions are still acute and disabling as at the beginning, we can speak of prolonged bereavement, a complication that affects at least 1 in 3 people.

Perinatal bereavement: what hinders the physiological processing of bereavement

The rush to “overcome” (NOTE: bereavement is not a race, you do not have to prove anything to anyone, there is nothing to “overcome”, there is a human experience to go through and leave behind in due course, carrying in the heart what was missing)

Not knowing how to take care of yourself , not being used to doing it, not wanting to do it “to punish yourself” (it happens, to hate each other, after a perinatal bereavement: it is the dark side of bereavement, we must be able to defend ourselves).

Lack of support (in the couple, in the family, in the group of friends, at work, etc.): loneliness is in the top 10 of the feelings experienced by people with perinatal bereavement. It is the one that makes us do crazy things, like believing the first one to pass by and offering us attention on social networks, pretending to be an “expert” in a phenomenon, that of physiological mourning and dispenser of hackneyed and paid advice. Social media is NOT the place to grieve. They can be an inspiration to reflect if they offer good content, they can help you make a part of the path, but grief is processed in the everyday life of real life, perhaps by looking for in your network of friends, someone you can rely on a little more. .

The presence of several close traumatic events : having three miscarriages in the first trimester is more risky for our mental and physical health than having a single loss in mid-pregnancy. Beware of those who are indifferent to the skin of others.

A subsequent pregnancy that is too early (international guidelines suggest at least 6 months between the loss and the new pregnancy): at least 4 months, as we say at CiaoLapo, after having monitored over 1500 subsequent pregnancies, just the time to scorn the part of mourning more full-bodied and see what turn it takes.

The complications that have been described over the years in women and partners affected by perinatal bereavement are above all of a psychic type (DO NOT BE TERRORED, the mind is part of the body, it gets sick like everything else, we are human, we are of flesh): mood disturbances are present in 70% of women left unsupported after perinatal bereavement (LANCET 2016) but symptoms of anxiety or depression are present in 30% of those who received some form of support.

Complications are also present after the birth of a subsequent healthy baby, so much so that, for example, postpartum depression is present in 30% of women with previous death in utero (in the general population of puerperas the rate is of the 12-15%). MORAL: you need to monitor your health and work on your well-being from the loss for not less than 18 months. If another child arrives, being accompanied on the journey makes a lot of sense.

An early trauma-oriented support intervention from the moment of diagnosis, during hospitalization and after discharge (what WE teach, free of charge, to Italian hospital operators with a special certified 8-hour course);

The presence of a solid couple relationship; (which does not mean PROCESSING MOURNING THE SAME WAY, BUT RESPECTING OWN AND OTHERS NEEDS AT THE SAME LEVEL)

The presence of an emotionally available and welcoming family of origin ; (AND HERE, WE KNOW THAT MANY ASS FALLING, BECAUSE THE MILL IS ALMOST NEVER WHITE)

The presence of reliable and correct resources on the subject ; (TAKE THE TIME TO BROWSE OUR SITE AND SCROLL THE DOCUMENTS AREA)

The presence of support on the territory ; (CONSULTORS SHOULD HAVE SERVICES DEDICATED TO PERINATAL MOURNING)

The presence of social and economic policies that recognize perinatal bereavement as a traumatic event and protect bereaved working mothers and bereaved working fathers. (UNDER 180 DAYS, NO PROTECTION. LEAVE FOR FATHERS AFFECTED BY PERINATAL DEATH, TODAY, ONLY IF THEY WORK IN THE PRIVATE)

The intention to take care of yourself for as long as necessary : WANTING TO DO IT IS ALREADY HALF OF THE FATIGUE

NOTE: how do those (and we are many) who have almost none of these “resources” at their disposal? THOSE (here I am), concentrate on what is there, even if it were a fragment of a millimeter and for everything else they seek appropriate support. MOURNING IS NOT A DISEASE, but IS AN EXPERIENCE of the human being. Painful, dramatic, difficult, no one would want to do it. But we are naturally programmed to process it with as little damage as possible. (elephants know it, killer whales know it, wolves know it, chimpanzees know it: who are we, not to know?)

It can be done, even if at first we seem to be clinging to a raft, in the dark, in the open sea and with sharks at our heels.

There is no single appropriate support for ALL *.

Because mourning is a subjective experience and how we process it depends largely on how we are made and made, on what are our internal resources and what our “weaknesses” (or Achilles heels, if you prefer). Furthermore, after the first 4-6 weeks in which our brain does its job and elaborates its response to the trauma, the most “authentic and full-bodied” part of mourning begins, the one in which any difficulties emerge clearly, the great sense of lack, the nebulosity of the future etc, the sense of unworthiness, revenge, furious anger etc. So after the first couple of months, how are we will tell us what we need and which direction to take.

For this reason, we always start with a first accompanying psychological support: we see what path the bereavement takes, if and how many are the disabling symptoms, etc.

After that, depending on how you are, you can take various paths: you can continue with standard psychological support, access a psychotherapy path (there are many different types of psychotherapy, choose the most suitable approach for you), needing pharmacological support, engaging in practices such as mindfulness, yoga and other disciplines that work with and on the body, learning a new thing (an art, for example), writing, joining a self-help group, growing flowers , dance. Yes, you read that correctly. Each of these things makes sense in the long journey of healthy grief processing. Each of these things, at a certain moment, can be the only thing we can do for ourselves. The important thing is to stay on course. The important thing is not to get lost. But finding your own privileged space for expression is a great resource in itself. And doing one or more of these things together is never a waste of time.

“I realize that the year after the abortion I didn’t publish anything: I worked very hard, I attended conferences, I taught, but I didn’t write. In fact, I abandoned the first draft of a book I was working on on which one I never came back. How can I record on paper a bereavement that has paralyzed me? ” Emilie Pine, Notes for myself